Marly Cornell is an American artist, writer, and editor with a BFA from Moore College of Art in Philadelphia and an MA from St. Mary’s University of Minnesota. 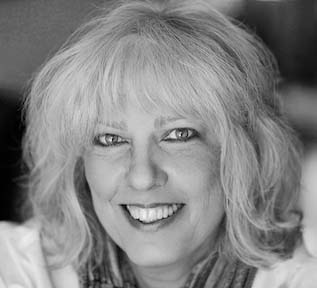 She has maintained a painting and writing studio, spoken publicly on art and social justice issues (hundreds of engagements nationally and internationally as well as radio and TV interviews), contributed magazine articles on a freelance basis, edited newsletters and author manuscripts, and created art throughout her daughter Cody’s life. However, this work remained secondary as she worked in the corporate nonprofit sector in healthcare, behavioral services, mental health law, and physician recruitment. For thirty years, this afforded her the opportunity to be in close proximity to many of the systems and people that had life-and-death influences on her daughter and their family.

Cornell left the corporate environment soon after her daughter’s death in 2004 to work full time as a freelance writer, ghostwriter, and editor, with occasional art commissions. She cowrote Walks on the Beach With Angie with Don Warner (North Star Press, 2008) on the topic of the loss of a child. The book won two Midwest Book Awards and was a finalist for two Indie Excellence Awards and a Ben Franklin Award. She has served on several nonprofit boards and, for four years was the chair of the Midwest Book Awards program. She maintains affiliations with several writing, editing, and social justice and advocacy organizations.

The Able Life of Cody Jane, which won a Midwest Book Award,  was written in honor of Cody’s heroic life and was intended to provide support and encouragement for, and shed light upon, the hundreds of thousands of children, adults, and families living with disabilities and/or chronic medical conditions who often confront challenging and difficult real-life situations with great courage, humor, and spirit.

Continuing the theme of writing about true heroes, in 2014, her biography, Seeds for Change: The Lives and Work of Suri and Edda Sehgal was published by Sehgal Foundation and distributed by Missouri Botanical Garden Press. The book won several literary awards: a first place National Indie Excellence Award, two first place gold Midwest Book Awards, two silver Ben Franklin Awards,  and a silver Foreword Reviews Indie Fab Book of the year. The book was the winner in the International Book Awards (IBA) in 2016 in Biography.

Her next book, released January 1, 2016 and also distributed by Missouri Botanical Garden Press, Together We Empower: Rekindling Hope in Rural India (also published by Sehgal Foundation), provides a close look at the history of a unique NGO in India that is making a positive difference in the lives of the rural poor. The book has been called “a how-to on sustainable development.” The book is a National Indie Excellence Award Winner for Multicultural Non-Fiction and was a Foreword Reviews’ INDIEFAB Book of the Year finalist in the Social Sciences category. The book won first place in the International Book Awards (IBA) in 2016 in the Social Change category.

Marly lives in Minneapolis with her husband Ernie Feil and their dogs, Zoey, Noodle, George, and Raji.